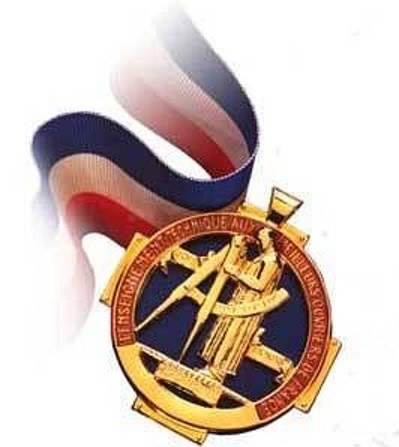 Un des Meilleurs Ouvriers de France is a craftsmen competition in France, held every four years.  The title of Un des Meilleurs Ouvriers de France (shortened to MOF) is a unique and prestigious award in France according to category of trades in a contest among professionals. This contest is organized and recognized as a third-level degree by the French Ministry of Labour.

This award for special abilities is unique in the world. Created in 1924, initially between the best workers of the era aged 23 and over, this contest was given the title of Un Des Meilleurs Ouvriers de France (One of the Best Craftsmen of France). Today, by the diversity of specialities, the list of which is regularly updated, the award has also been awarded to more modern trades and high technology fields.

In this competition, the candidate is given a certain amount of time and basic materials not only to create a masterpiece, but to do so with a goal of approaching perfection. The chosen method, the organization, the act, the speed, the knowhow and the respect for the rules of the trade are verified by a jury just as much as is the final result.

The winning candidates retain their title for life, with the indication of the specialty, the year following the one in which they obtain the title. This prestigious title is equally recognized by professionals and the greater public in France, particularly among artisan-merchants such as pastrymakers, hairdressers, butchers, jewelers, and others whose trades are recognized, particularly those for more luxurious goods.

This competition requires months, sometimes years, of preparation. Technical skills, innovation, respect for traditions and other aspects are all practiced repeatedly to a level of refinement and excellence, effectiveness and quickness to succeed and be crowned by the jury, which makes its decision according to the distribution of points awarded during the entire process.